Here at Eat the Streets, it’s all about bringing together peoples, growers and communities. But back on the Viking streets of Dublin - everyone was always together. 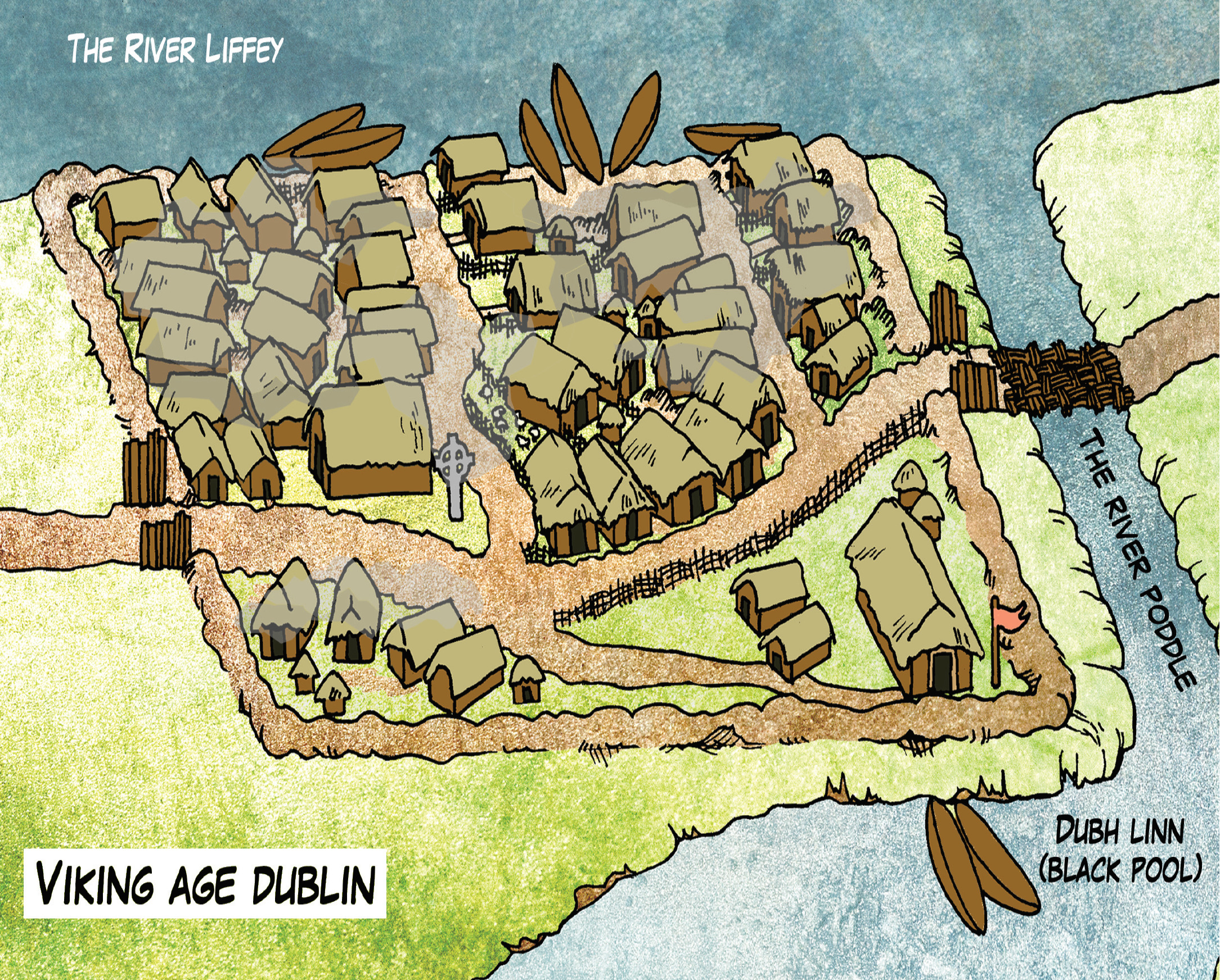 There were no schools, no offices, no shopping centres, no parks or playgrounds. In a way, it was a bit like the good bits of lockdown, at home with your family, being together, but without the 5k and household mixing restrictions!

The Viking streets of Dublin - the areas around Christchurch Cathedral, Dublin Castle, and Wood Quay - looked very different to how they do today. First of all, they were green streets, not grey, as all the houses were built of wood, not stone or concrete. Each house was made of woven post-and-wattle, as were all the fences between properties. Some fences were made of thorny wood - we think this was to stop little animals like mice or cats from breaking in. Each property had one bigger house, set close to the street. Outside the front of each house, people sat around chatting, perhaps with some produce for sale (or barter), and as you walked down the street, you would chat with your neighbours. Again, like the good bits of lockdown! The roofs of houses were thatched, some even had living roofs of grass. These would have had flowering weeds growing on them, insects and mice living in them, even birds nests with little chicks hatching above your head at this time of year. 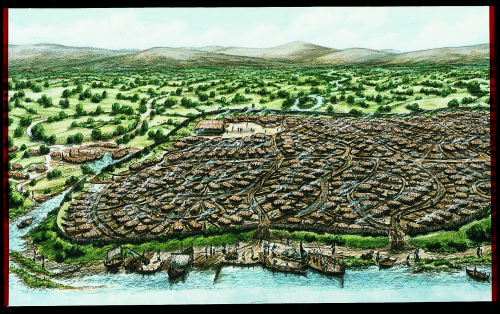 In the back of the property, there were different huts and pens. This was where each household kept their tools, their spare food, and their animals. There were shovels, buckets, boxes, chests, ploughs, chains, piles of firewood, and rubbish. There were trees growing to provide fruit, shelter, shade and bird habitats. Some people also had kitchen gardens or allotments behind their houses. Here they grew their own food to eat, as well as plants to use for other purposes – fibre, dye, and medicinal plants.

People grew mainly barley and oats, always growing them from seed and cuttings because remember, no garden centres or nurseries in the Viking world. While some plants would have been appreciated for their flowers, scent and appearance, these were working gardens not decorative ones and every plant had a purpose. Indeed, when some plants flower it means that they are past their best for eating. 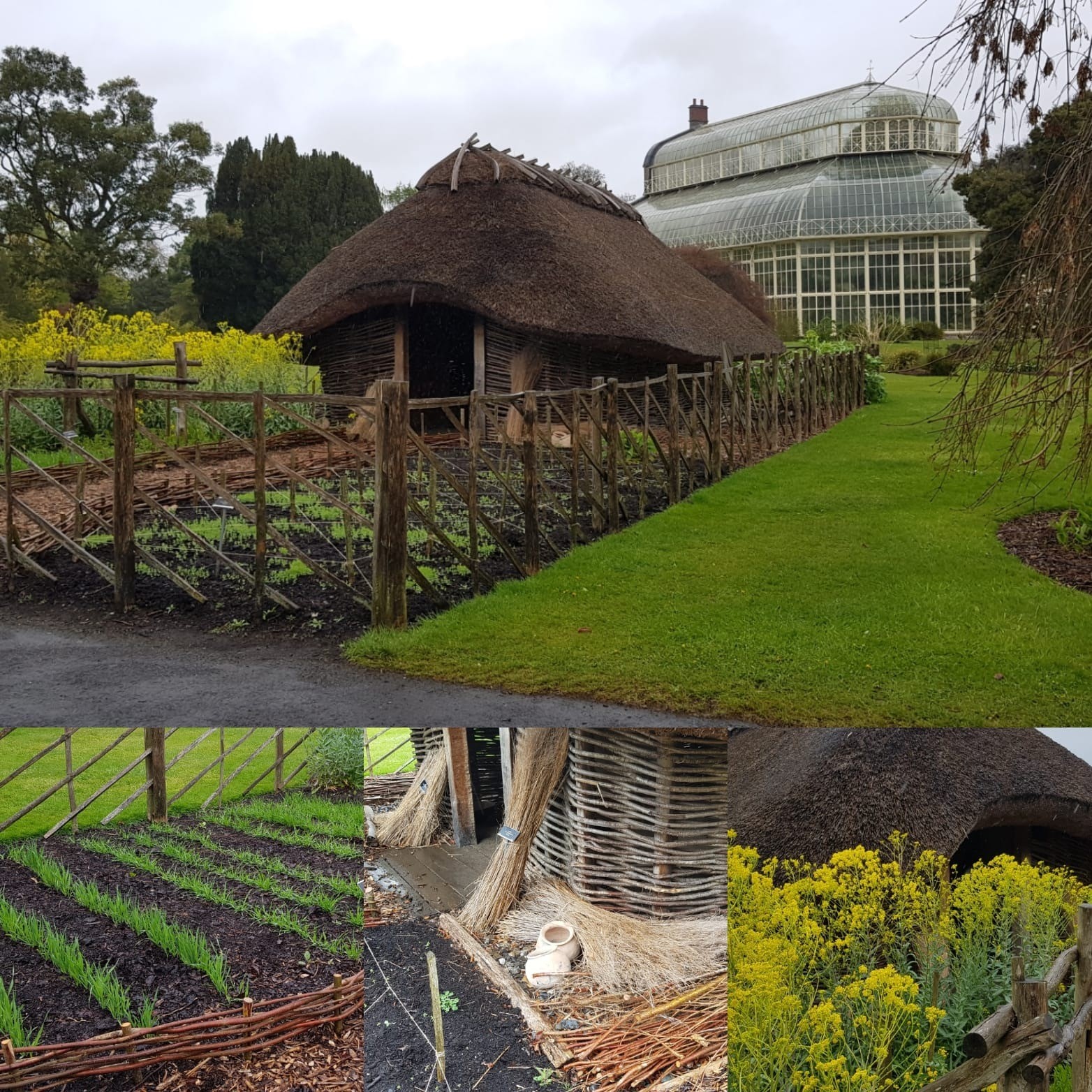 The yards were also full of rubbish - both actual rubbish heaps and cess pits. It’s fairly easy to guess what a rubbish heap was - where you threw scraps of food, bits of bones, or broken bowls or haircombs, but the cess pits are a different story. These are the toilets of the pre-modern era and they are an archaeologists’ dream! The reason we love excavating cess pits is because they tell us exactly what people were eating. After all, everything that you put into your mouth comes out the other end of it and, in Viking Dublin, these cess pits were where all that rubbish ended up.

As for the animals, there were plenty of pigs, chickens, dogs and cats kept in the back yards of the town. They would have been noisy and smelly, in need of care and tending. They would have had to be fed and watered every day, kept clean and cared for when they got sick. Children probably had to do most of this work, although there is a note in one early Irish text that small children were to be kept away from pigpens as if they fell in, the pigs could squash or eat the child. Health and safety rules go back a long way! We don’t see much evidence for cows, sheep or goats living in the town, these animals were brought in for slaughter from their countryside fields. 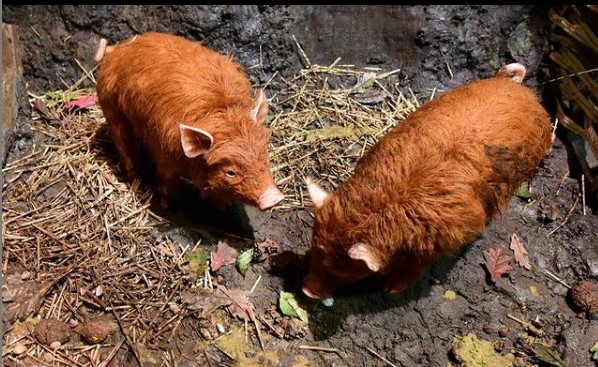 Inside the house, there was a fire in the middle of the floor and this was where all the cooking took place. There is no evidence for cooking fires outside the house. Each morning, someone had to build the fire up and light it to bake the days bread and make porridge for breakfast. 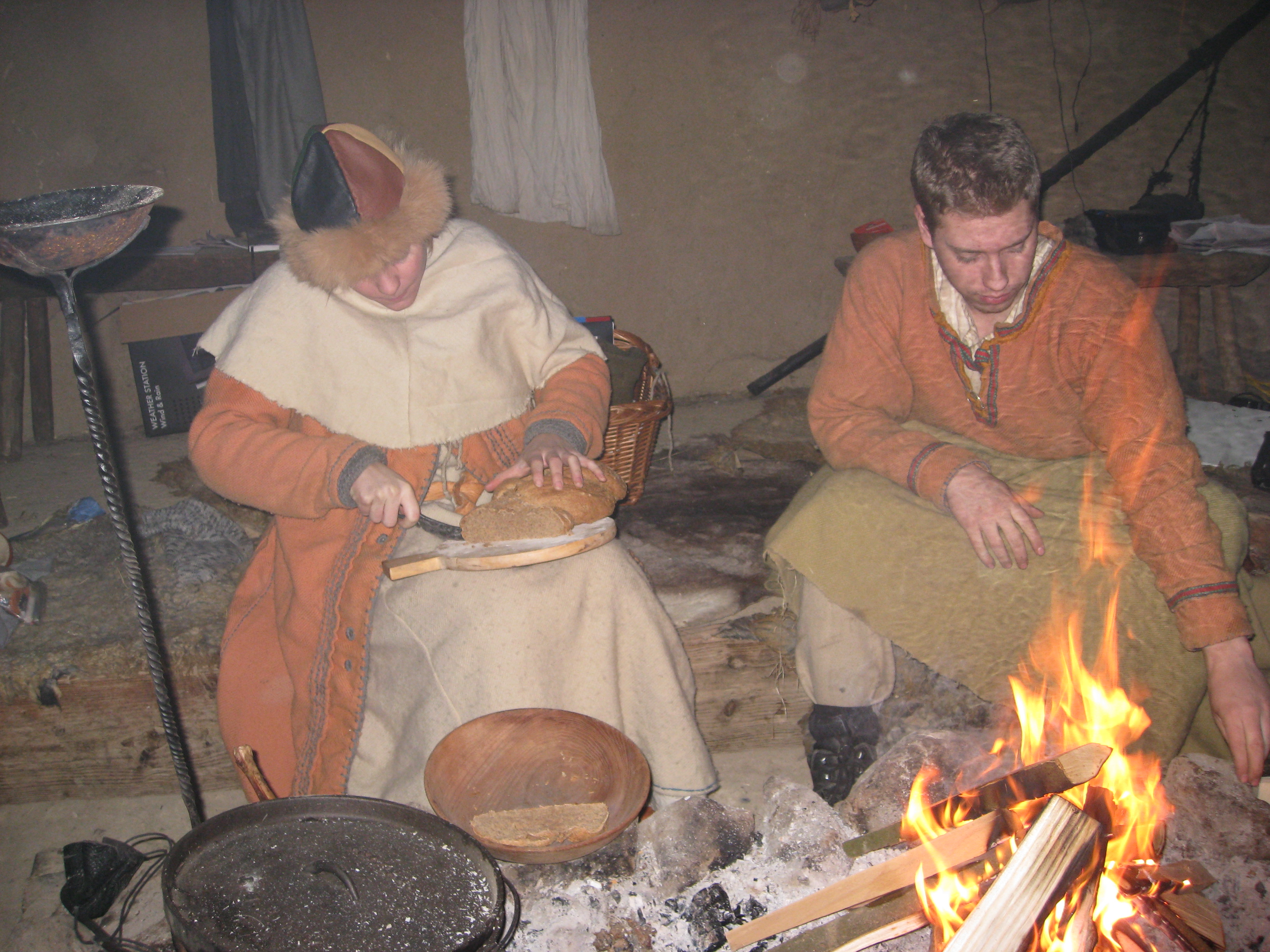 There were a few different ways of cooking on a fire like this, you could make a soup or a stew in a pot sitting on the edge of the fire. You could hang a pot or a grill from the rafters over the centre of the fire. 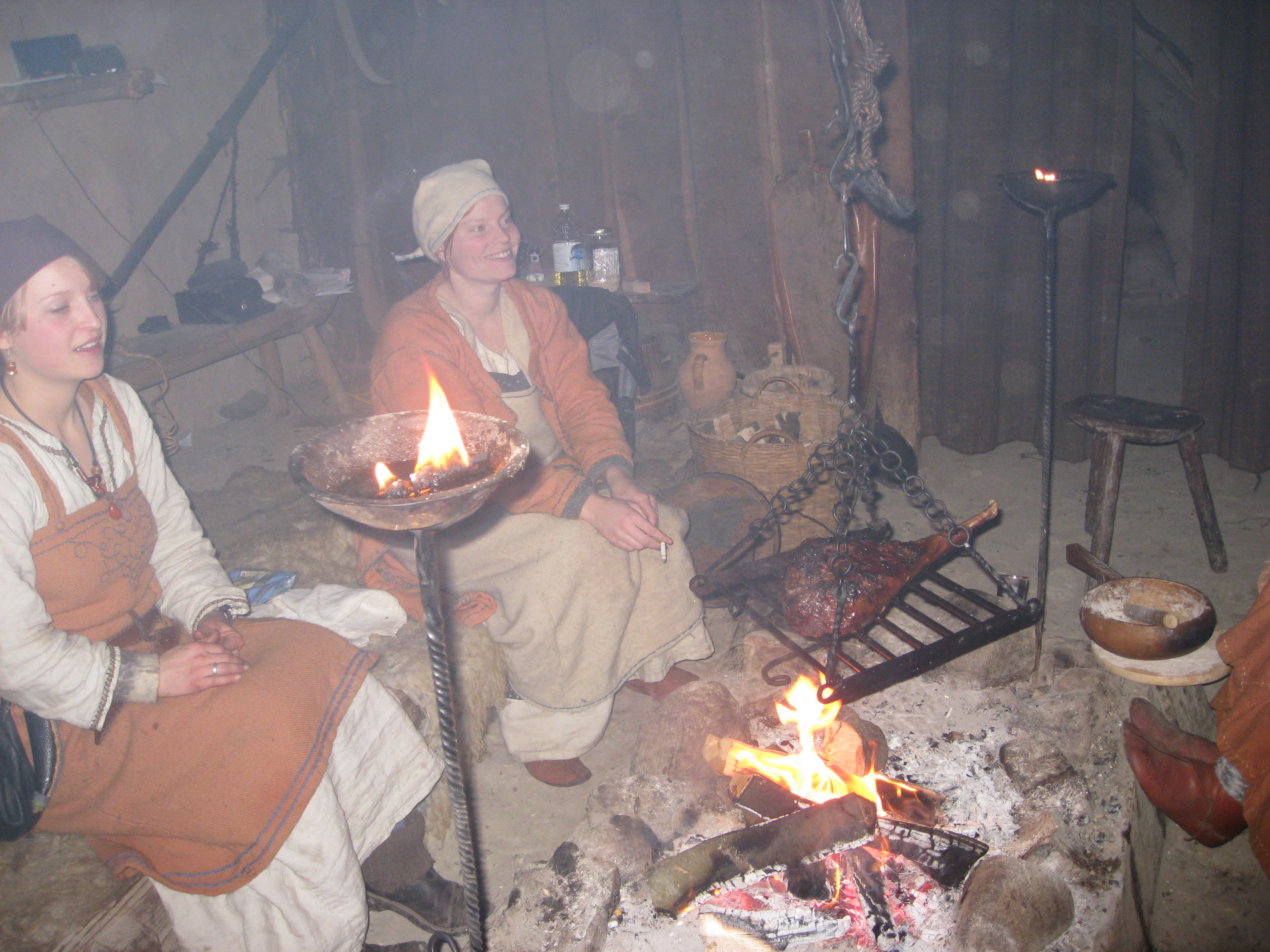 Or you could bake on a flat stone at the edge of the fire. Viking food was slow food. It took time to light the fire (no matches or lighter fluid), time for it to come to the right temperature, and then time for the food to cook. While small flatbreads might only take a few minutes to bake, the dough had to rise for an hour first. A big piece of meat could take all day to roast so most meat was jointed - cut into smaller pieces - and cooked in a pot to speed up cooking times. 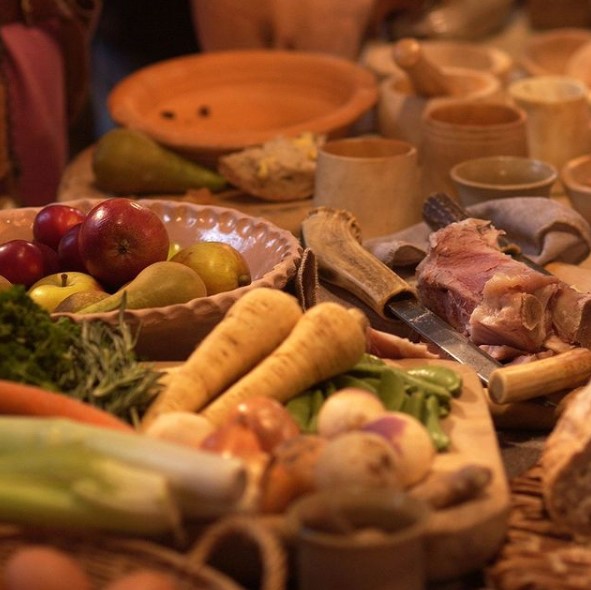 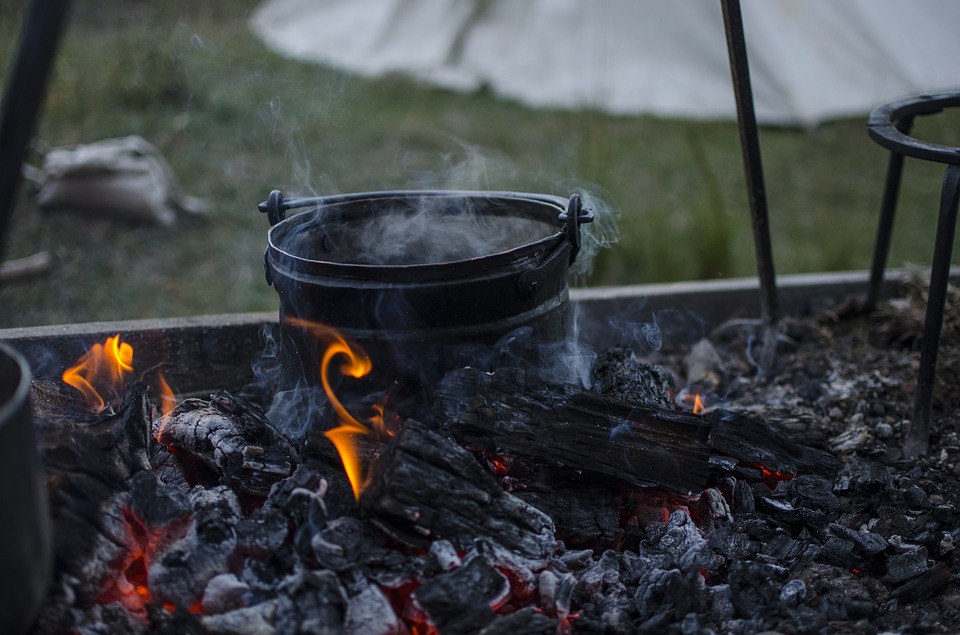 From those cess pits, we know that the Vikings also ate lots of cultivated cereal grains, mostly barley and oats. These were ground into flour to make into bread or boiled as a porridge or pottages. The Vikings also made use of wild food - hunting animals such as deer or hares, for their meat and fur, as well as fishing and collecting shellfish like cockles and mussels. They collected wild greens like nettles, onions and garlic, as well as berries and nuts to store for the winter. This meant that they ate lots of salads and soups, perhaps not what we expect, but this means a well-balanced diet and better nutrition to fuel their day’s work. 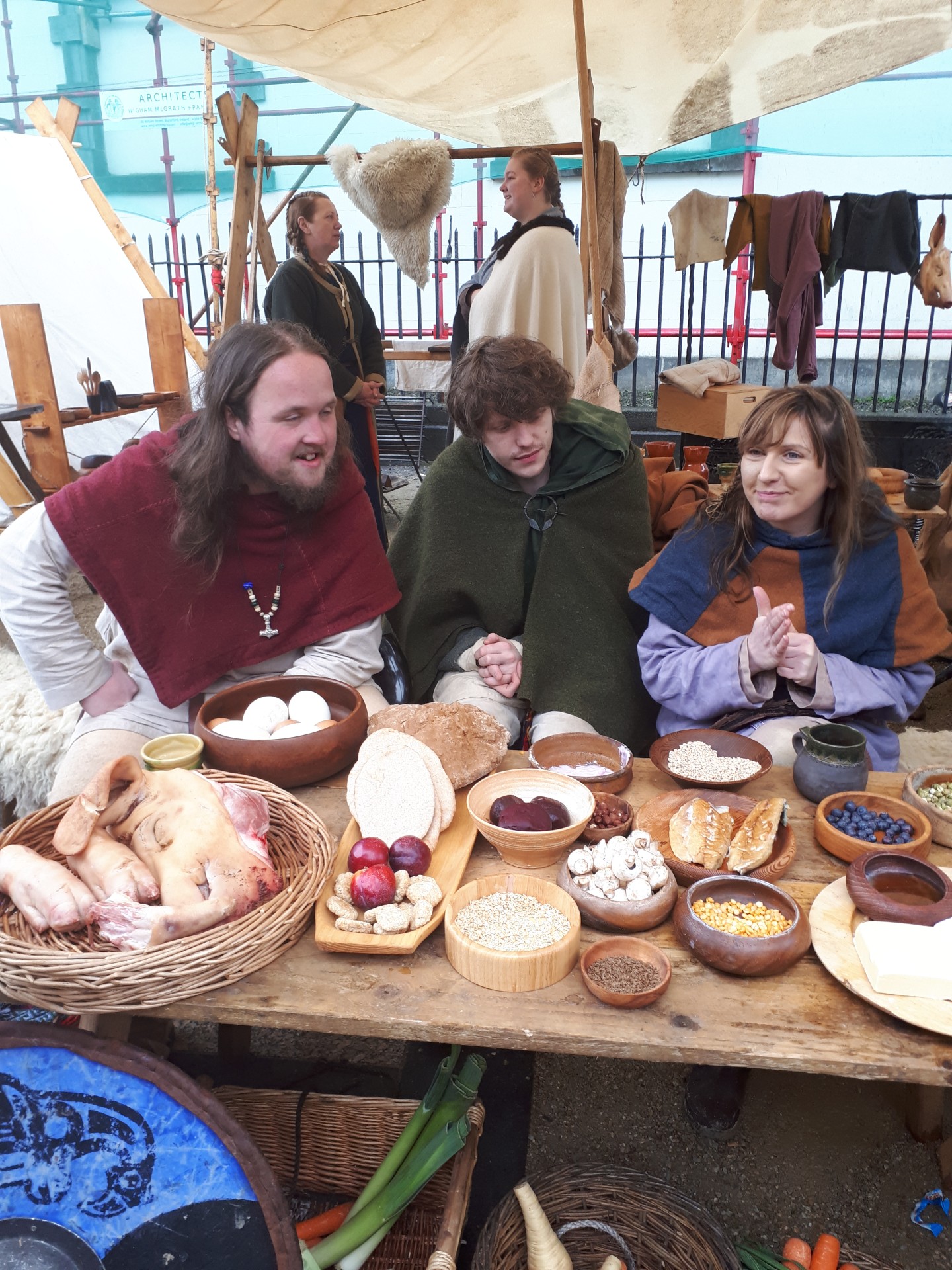 There were spices (like mustard, coriander and horseradish) and herbs (garlic, mint, thyme, rosemary) to provide flavours and honey and berries to add sweetness to food. There were no fridges, so everyone had to eat fresh food. This was no problem in spring and summer, but to get through the winter, everyone had to stock up and preserve food. This meant drying pieces of meat and fish through smoking or salting, making sausages from offal and blood, and making plenty of salted butter and cheeses to last until spring came again. 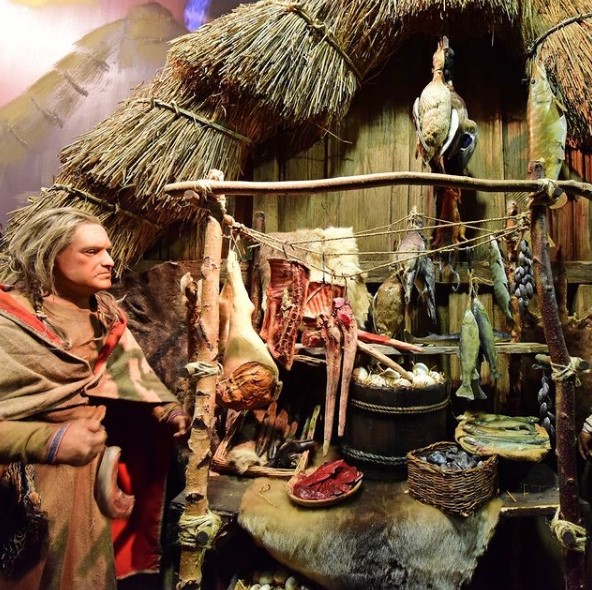 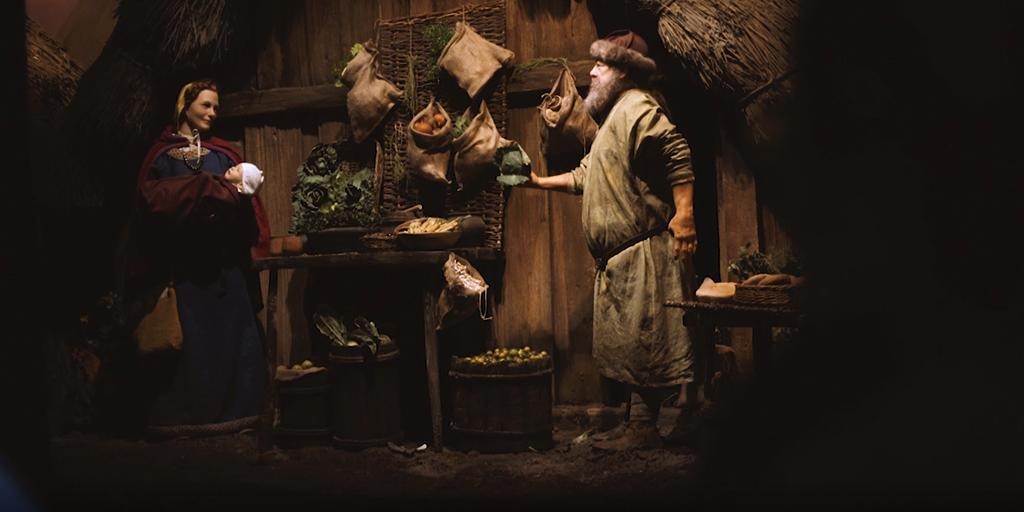 As for drinks, we all know that Vikings drank ales, brewed from barley . They also drank milk and buttermilk. Wine was a rare import, but mead was the real celebration drink. 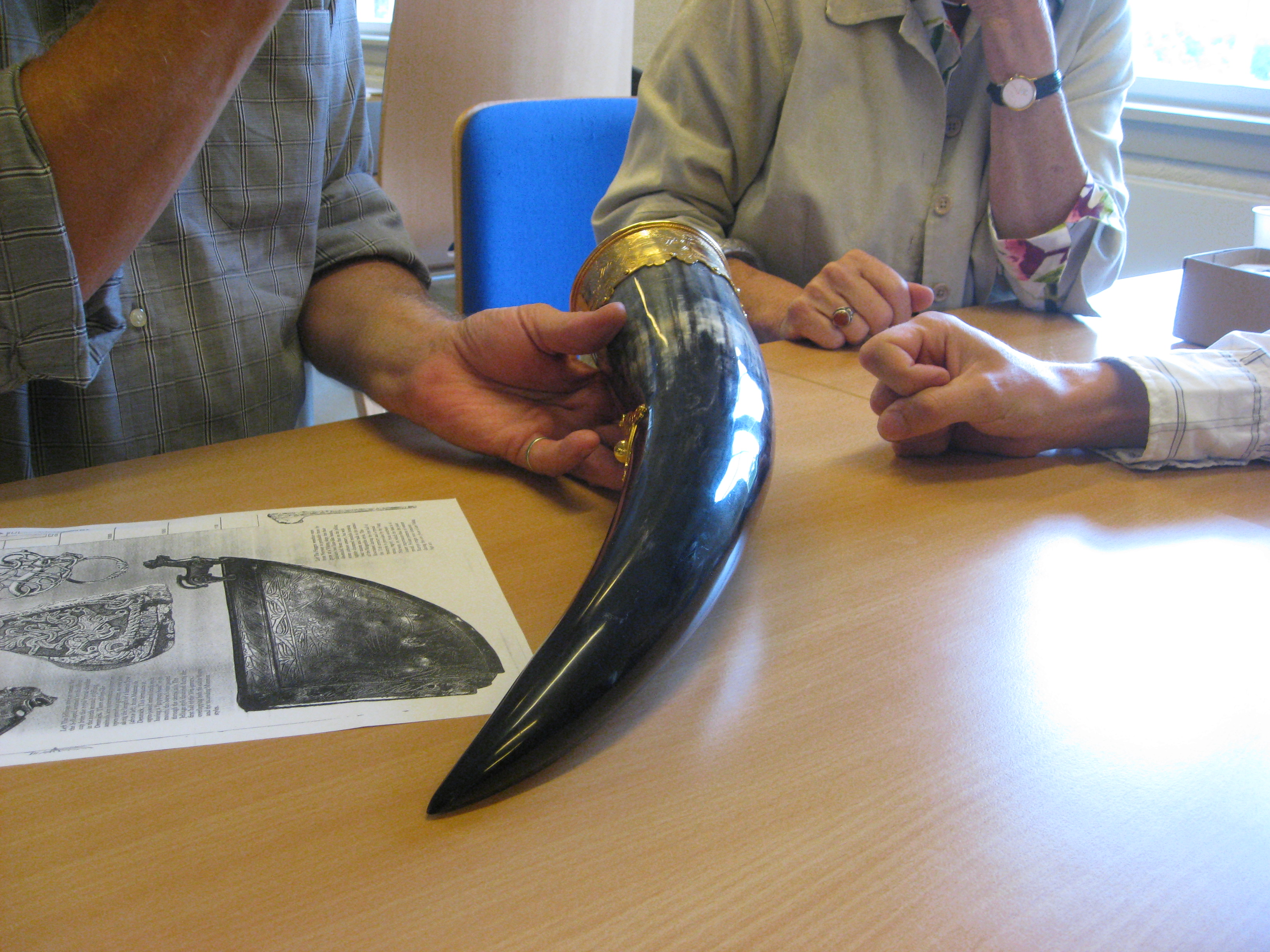 Inside the walls of Viking Dublin, there were no freshwater wells or springs. This means that someone had to go and collect water from somewhere else and bring it back home to store in barrels and buckets. In fact, this supply issue became a major problem in 989 when Mael Sechnaill besieged Dublin for three weeks and the Dubliners had to drink ‘brine’ - salty water - to survive.